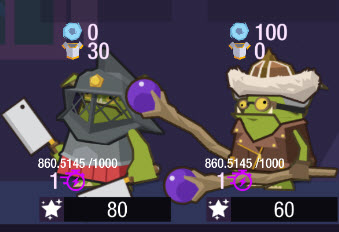 As I’ve been playing the game and using actual parties to fight monsters, I am finding that the armor and barrier behavior is not as interesting as I initially expected. It’s very easy to negate their armor by simply using magic damage on them instead (and visa versa). I think it’s good to have resistances overall, but having defense stats purely for one damage type or another has not made the game more interesting, indeed the opposite has occurred. The decision to attack with which they have no protection of that damage type is too obvious a choice. I will be switching back to a more traditional approach of magic and physical defense stats instead but I thought I’d share with you a bit of insight into this decision.