We are overdue for an update so let’s get to it. First on the list is the updated Grrbl editor. I’ve got the updated stat cards and configuration setup so you can see it in all its new glory below: 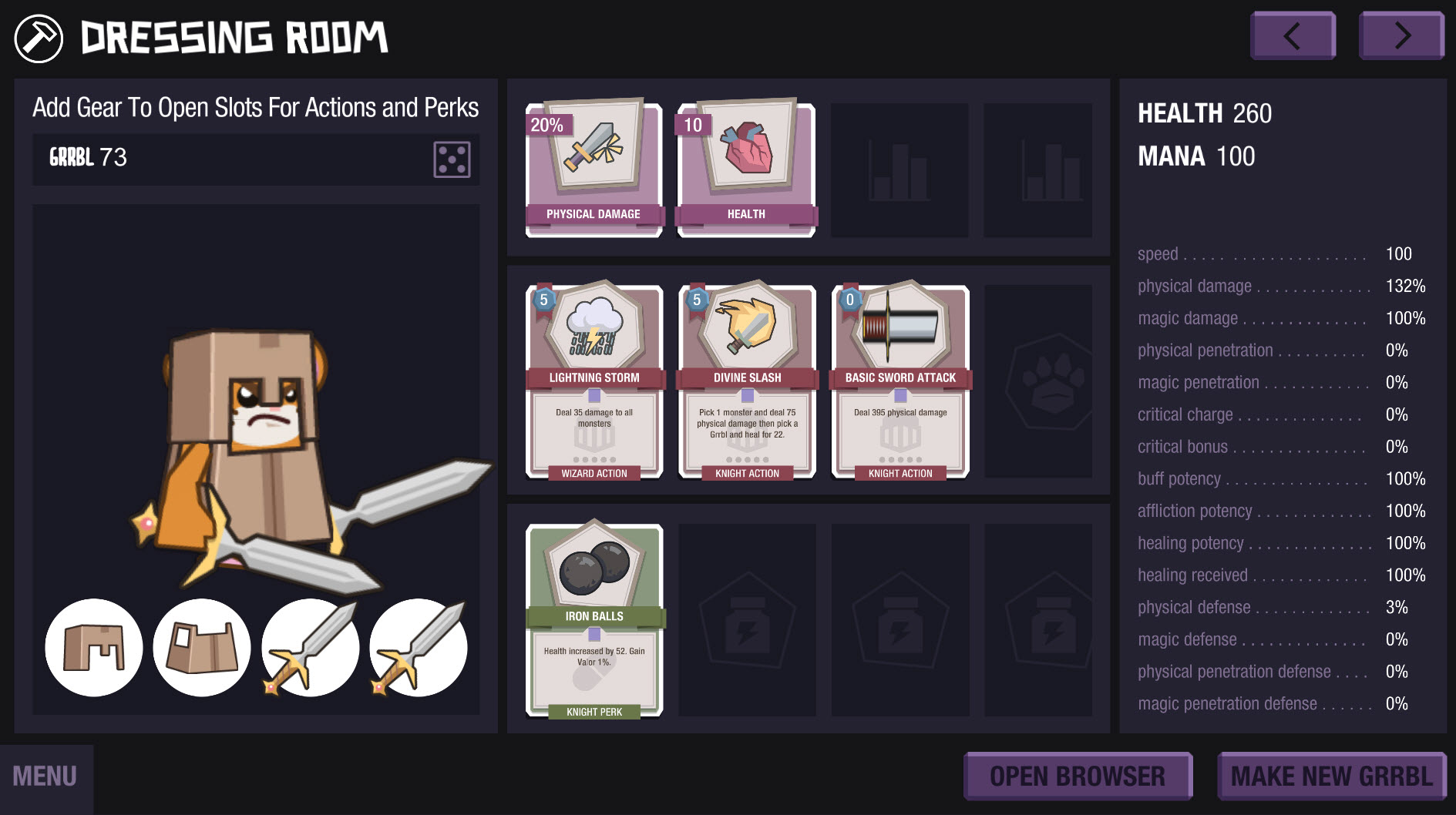 I wanted character creation to be almost like a mini-deck building exercise and I believe this goal has been achieved. I’ve been playing with for quite a while and I am really enjoying it. Sure, there are some sections I want to polish, but the core game play experience is shockingly as good as I was hoping it would be. Of course the true test is once I get it in your hands and you can be the judge!

With Grrbls you will be creating Grrbls via the screen above and then you save that Grrbl as a unit card like so: 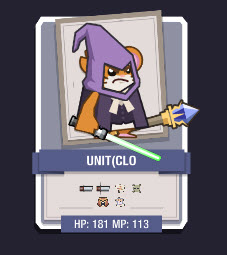 This is a “unit card”

And what you do with your unit cards is you pick 3 of them to take on a quest. Here is an early preview of the quest details screen: 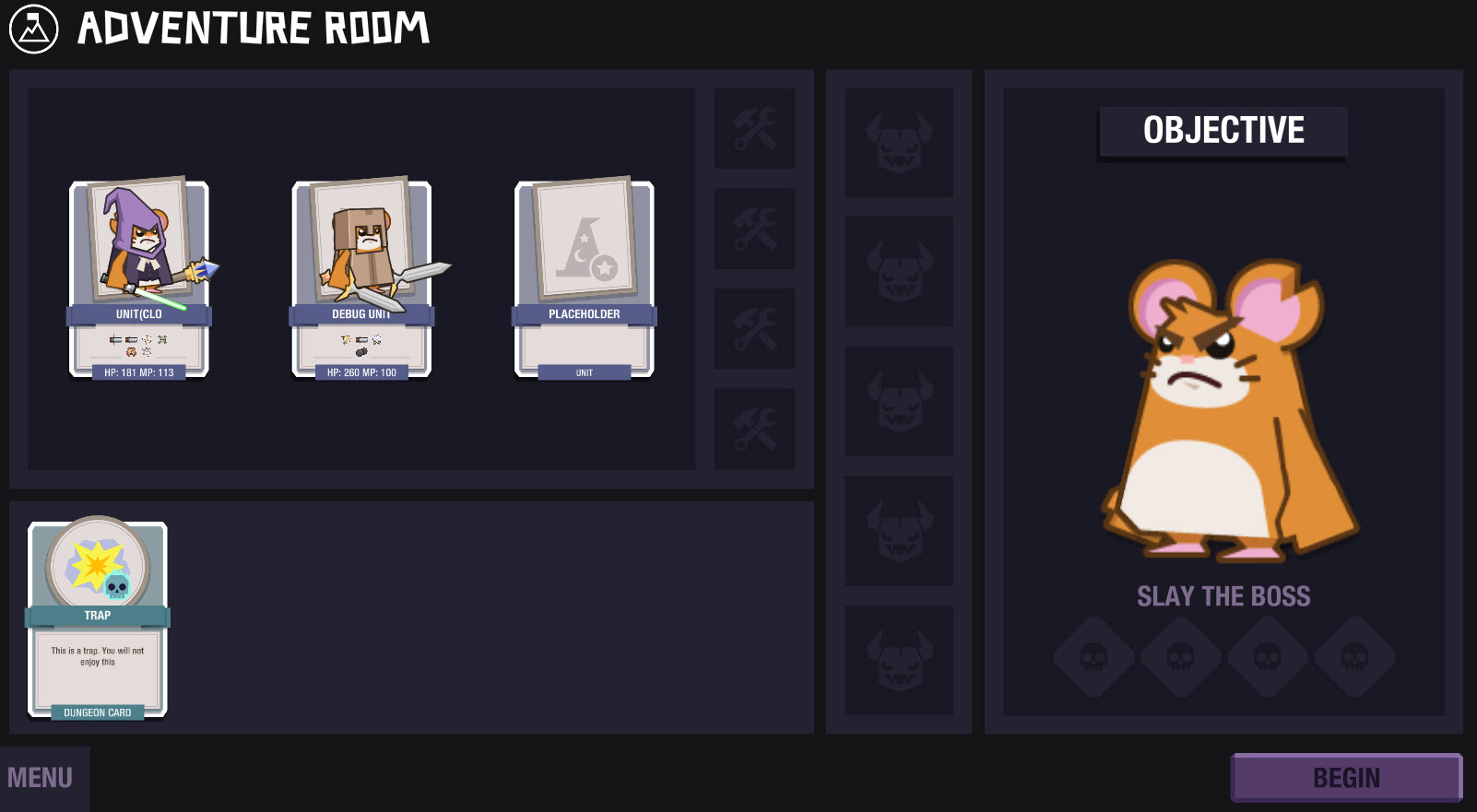 A very early sneak peak for the quest screen

The top row is where you pick 3 Grrbls and up to 4 tools. The bottom row will preview some of the cards in the dungeon. Tools are special cards that help you do various things in rooms. For example, if you reach a trap room, some bad stuff will happen (like taking damage). If you have the right tool you can use it to avoid the problem. One issue I had originally was making rooms fun and tactical. At first, I really struggled how to make traps fun. But after much testing and playing around with it I’ve gotten traps to a point where I really like how it fits into the game. Here is a an early example of a trap room: 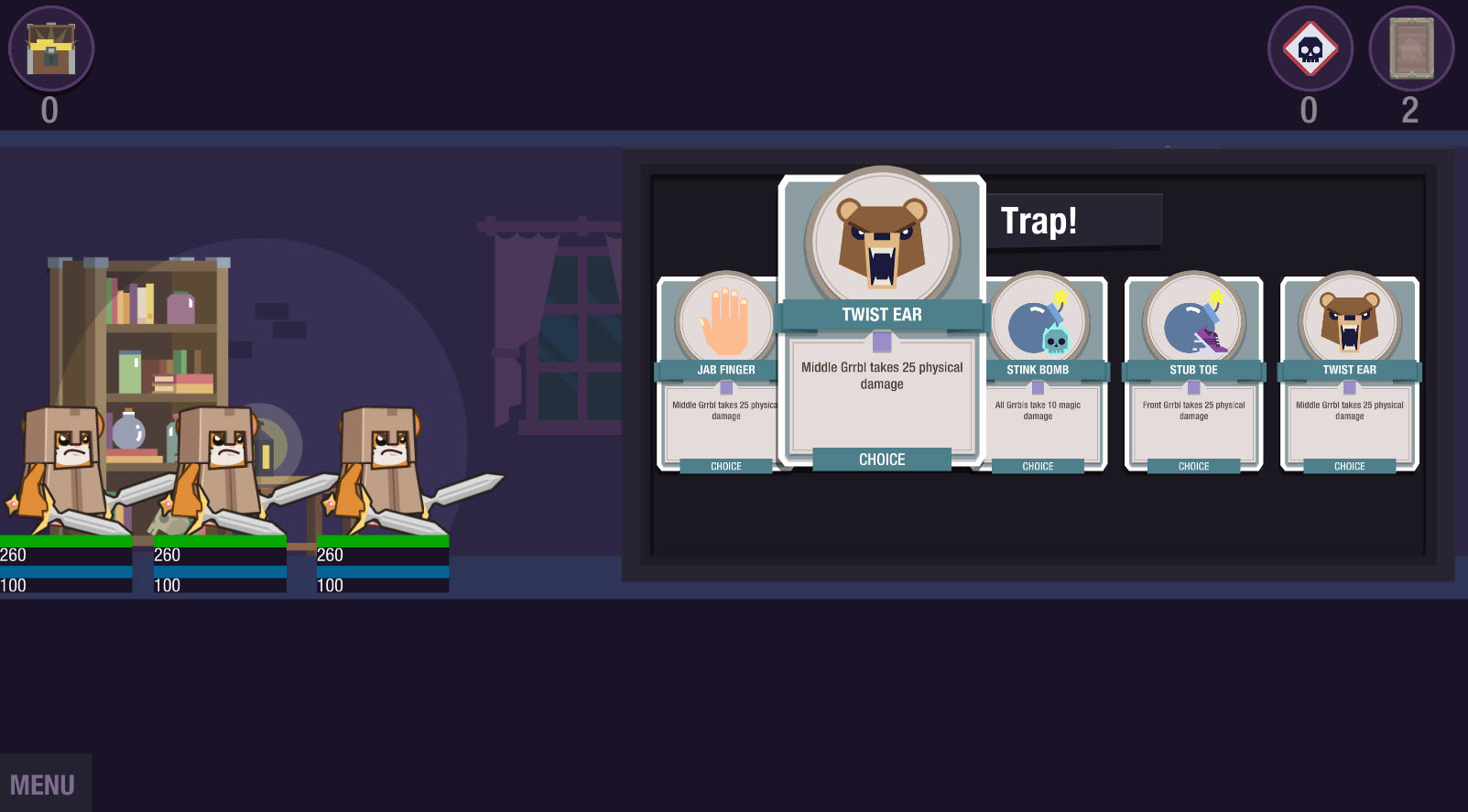 Preview of a trap room

A lot of the groundwork for how the Grrbls game engine needs to work has been laid. I am now in the process of fleshing out the world. There are still some major systems that need to come in (like the danger system, bosses, world completion, crafting and the over-overworld to name a “few”) but the game is really starting to take shape and there seems to be an alpha release somewhere on the horizon.

I hope this gets you excited for what lies in store for Grrbls. If you have any questions, you can ask below. Until next time!