I’ve been a bit silent this past month, but rest assured for a very good cause. Many systems of the game which had been working in isolation (like the equip screen, quest screen, dungeon screen) have been put together, and been receiving many layers of polish and love.

Up until now I haven’t really shown too much about the game and that will be changing in the near-ish future.

My goal is to get a playable demo as soon as possible, but there is a minimum bar of content before it can even be a minimum demo — and that bar is still pretty high. The one thing I struggle with is the art production, but thankfully I’ve enlisted extra help on this. Until now I’ve had 1 artist I was working with, but we’ve on-boarded another one and hes adapted to the art style, and will be helping get this game out sooner.

Every game has its own hooks and hangups which take more time than expected. For Grrbls, the real crux of the problem has been the shear volume of art assets required. This is a game which has literally thousands of cards. You could argue I over scoped, you’d be right, but there are fundamental mechanics of how this game works that would not work in a smaller scope. One of the things that (I hope) separates Grrbls from any other game out there, is the sheer volume of loot to collect — but each item is viable. I distinctly did not want “trash drops” like in other games. I wanted every loot drop to feel distinct, contextually useful, and special in its own right. I don’t regret this, and I think it’s coming together well. But the the reality is the art takes a long time. But that’s ok, there’s still a ton of programming to do too 🙂

So yes, hang tight, I will have some interesting game related updates coming. In the mean time, I will reward your patience with a screen shot of the new equip screen which is also featuring the updated card layouts. 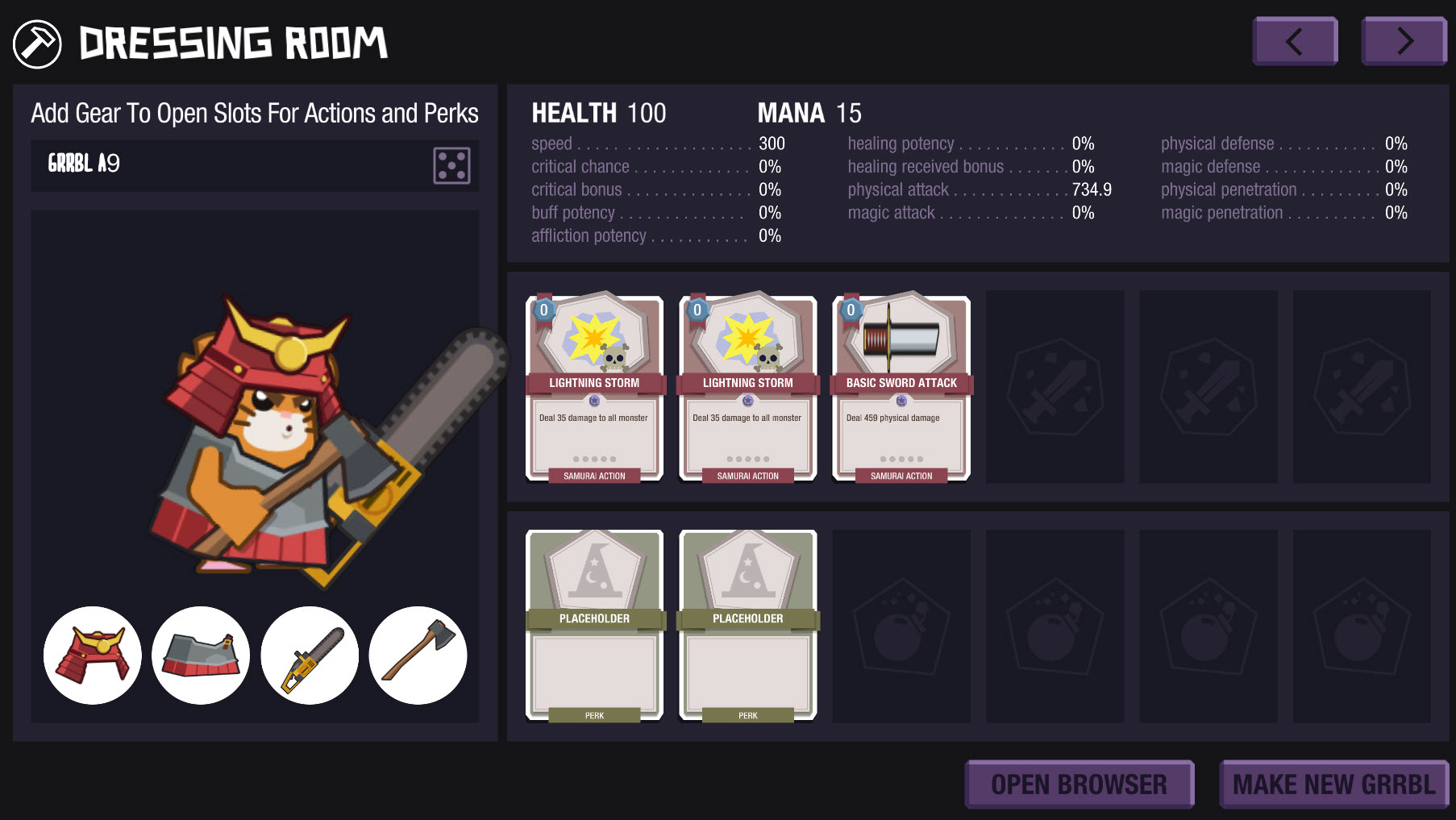 A sneak peak look at the Grrbl editor screen