Randomness is an interesting thing in games but as a designer I personally dislike it. Perhaps it’s my competitive nature too but I dislike like random chance determining the outcome. I don’t mind unknown elements coming in to play randomly, but don’t like randomness when it comes to whether or not your effect works. For example I hate missing, dodges, blocks etc if they are based on chance. 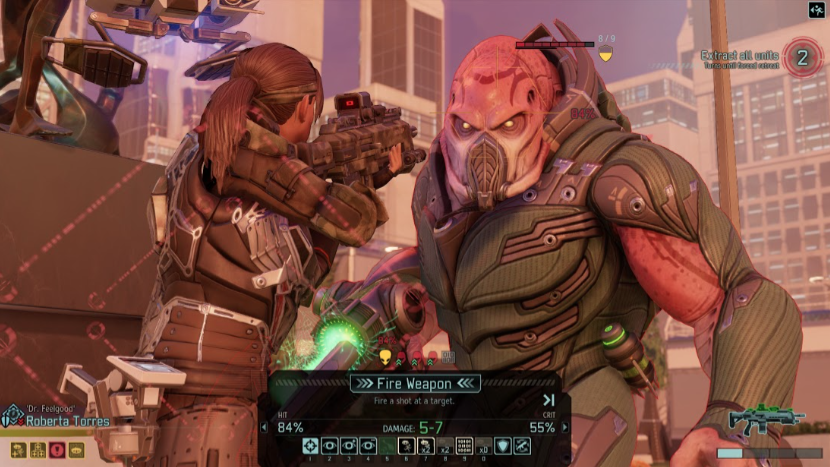 A shot being taken in X-Com 2

Many RPG’s tend to have stats that affect accuracy and when I tried removing this for Grrbls I found out how hard pure determinism in battle can be. There are solutions but they make all aspects of the game harder to design around. One issue is scaling. If you always hit no matter what, then you can’t have any stats that improve accuracy or effects that have binary effects that scale (e.g if a target is blind, they always miss, but then the skill blind can’t be leveled [generally speaking]).

Crit chance is a notable exception. I think the reason is because I like how it feels, and I think it’s ok to give a random advantage to the player. I feel getting an advantage you don’t expect is different from a baseline level of performance you can’t count on. You can’t count on a crit happening, but you can count on doing at least your minimum damage. I feel this is a happy medium between a little bit of battle unexpectedness but geared towards creating an opportunity you’ll be able to capitalize from.

There are games that hinge on RNG (random number generation), that are in fact amazing. Darkest Dungeon and X-Com come to mind. Even Hearthstone has a lot of effects which are really random. But my goal with Grrbls was to make an exciting battle without missing or randomness of that kind.

This has been a real challenge as the lack of scaling and lack of raw stats initially made this a real challenge. I tried adding armor and barrier stats, which absorbed physical physical and magical damage respectively, but it was just cumbersome, not intuitive, and too easy to exploit.

Ultimately I have found a system which is both diverse and deterministic after many prototypes and reworks and I really look forward to showing you how this can work in Grrbls.